Posted on December 17, 2010 by dienanhso
At first glance, I thought it was Liu Wen in this ad campaign for Saks Fifth Avenue. But as I scanned and edited the photos, I realized it was actually Sonny Zhou. It is great to see her back in a US-based fashion publication again — this 5-page ad appeared in US Vogue, March 2009.

Sonny was one of my favorite Asian models when I started this blog over 2 years ago but she sort of disappeared over a year ago following the invasion of South Korean models like Hyoni Kang, Hyun Yi Lee and Daul Kim.

Does anyone know what she’s been up to lately? She must have been in NYC a couple months ago to do this photo shoot so I expect to see more of her work appearing soon. Foreign-based models usually come to NYC after their agencies have booked them a couple of jobs back-to-back. Sonny Zhou is based in Shanghai, China. 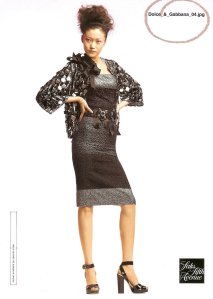