Posted on December 18, 2010 by dienanhso
Hye Park, one of the top Asian models working today, has another cover (with Korean pop singer, Rain) on Korea Harper’s Bazaar’s November 2008 issue. She has been on so many Korean magazine covers that I have lost count already. Her non-Korean magazine covers include (Italian) Flair and (French) Revue de Modes.

On the ad campaign front, this has been a stellar year for Hye. She booked an international ad campaign for Cesare Paciotti last season and right now, she can be see in two major ones with Max Mara and Tiffany. Her Max Mara ads have been on heavy rotation in every major fashion magazine around the world so she is definitely getting a lot of face time this season.

Although her runway appearances have slowed down recently, she still manages to walk for most of the top designers, including Louis Vuitton and Oscar de la Renta. And Hye Park doesn’t come cheap either. Not every designer can afford to pay her to walk on their shows. Her agencies in NY, Paris and Milan have probably hiked her show rates to such exorbitant heights that she could walk on some selected shows only. 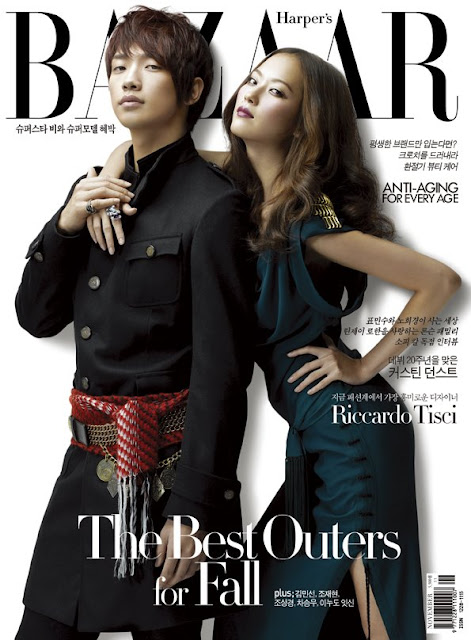