Posted on December 18, 2010 by dienanhso
First off, I would like to say THANK YOU to Sabrina Dong from Beijing, China for e-mailing these high quality scans (the first three photos) of Xiaoyi Dai’s magazine covers. Secondly, I will including the names of the designers/labels whose clothes are worn on the covers together with the other credits at the bottom of each photo.

Now let’s talk about the magazine covers. I am so in love with the covers for (Singapore) Her World, September 2008 and (Hong Kong) Harper’s Bazaar, February 2008. I even love the pink font used on the title of Her World magazine. The dress in Harper’s Bazaar is awesome on Xiaoyi Dai. Does anyone know who is the designer of that red number?

The (Singapore) Style cover, on the other hand, is a little too polished and PhotoShopped for my taste. It isn’t as original as the other covers, which is a surprise because (Singapore) Style is supposedly one of the best fashion magazines in Asia. I don’t particularly like the (Singapore) Female magazine cover either. The girls were styled to resemble YSL’s Fall 2008/Winter 2009 runway look while wearing (surprise!!) YSL — how predictable is that?

I’m glad Xiaoyi Dai is getting the exposure she deserves. Let’s hope the work in Asia will translate to bigger and better things out West. 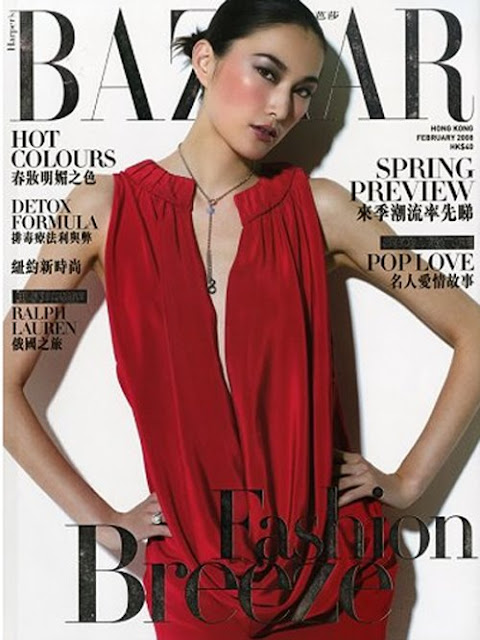